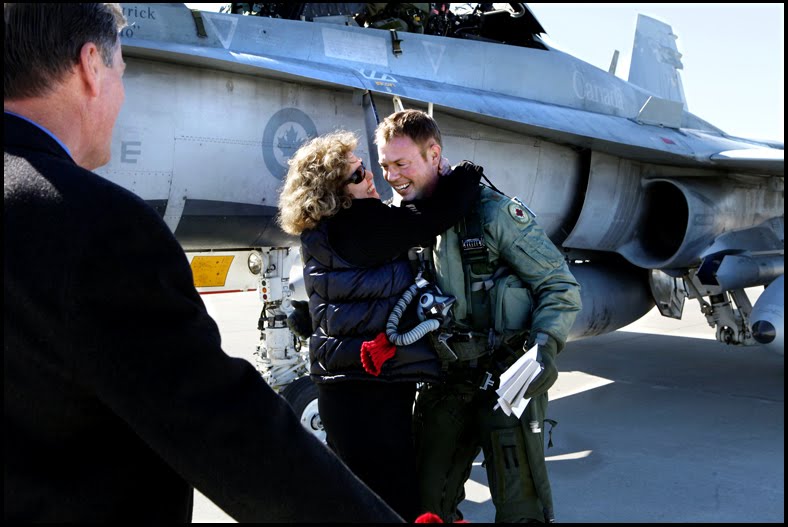 Air Force Major Eric Haas is greeted by his mom, Marcia Haas, and his dad, Grand Valley State University President Tom Haas after landing an F18 Royal Canadian Air Force Jet Tuesday at the Rapid Air terminal at Gerald R. Ford Airport. Haas was on his way to Kansas but arranged to stop in Grand Rapids for a brief visit with his parents, who he had not seen since June.
(Grand Rapids Press Photo)

I just want to mention I am just beginner to weblog and absolutely enjoyed your blog. More than likely Iâ€™m likely to bookmark your blog . You definitely come with good article content. Thanks for sharing with us your webpage.

Hello! I simply want to offer you a huge thumbs up for your great information you have right here on this post. I’ll be returning to your website for more soon.

This is getting a bit more subjective, but I much prefer the Zune Marketplace. The interface is colorful, has more flair, and some cool features like ‘Mixview’ that let you quickly see related albums, songs, or other users related to what you’re listening to. Clicking on one of those will center on that item, and another set of “neighbors” will come into view, allowing you to navigate around exploring by similar artists, songs, or users. Speaking of users, the Zune “Social” is also great fun, letting you find others with shared tastes and becoming friends with them. You then can listen to a playlist created based on an amalgamation of what all your friends are listening to, which is also enjoyable. Those concerned with privacy will be relieved to know you can prevent the public from seeing your personal listening habits if you so choose.

I was excited to uncover this website. I wanted to thank you for your time just for this wonderful read!! I definitely appreciated every part of it and i also have you book-marked to look at new stuff on your website.

where is the best site to do a blog,blog tips be grateful. thanks for help. sam i tried get your blog but seems no thread,check it out.

This is the perfect site for anybody who really wants to understand this topic. You know a whole lot its almost hard to argue with you (not that I actually would want toâ€¦HaHa). You certainly put a brand new spin on a subject that’s been discussed for many years. Great stuff, just great!

How do I know if a WordPress theme supports a subscribe option?

I’m very pleased to discover this page. I wanted to thank you for your time for this wonderful read!! I definitely savored every part of it and i also have you saved as a favorite to look at new stuff on your website.

How do I start and use a blog? Also, what is the best blogging site?

Can I use Joomla to update a purely HTML coded website (I mean a website that is not designed using Joomla) ?

How can I make firefox to prompt me for what to do with a file instead of automatically downloading?

You’re so awesome! I don’t think I’ve truly read through a single thing like that before. So nice to find another person with a few genuine thoughts on this subject matter. Really.. thanks for starting this up. This site is something that is required on the web, someone with a little originality!

"I'm thankful to be alive," said Priscilla Shannon of Grand Rapids after getting safetly out of her home when it caught on fire...