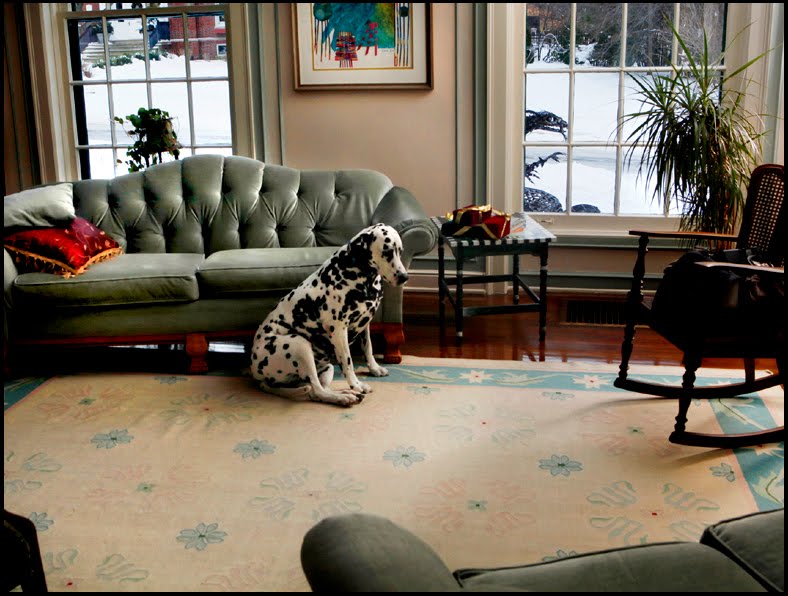 Dickens, an eight-year-old female Dalmatian, rests in the living room at Peaches Bed & Breakfast on Wednesday, December 23 after guests had cleared out for the holiday weekend. “She’s a comfort girl,” said the dog’s owner, Jane Lovett of Grand Rapids, who adopted Dickens from Dal Rescue in Columbus Ohio at four months old. Particularly mellow for a Dalmatian, Dickens spends her days napping and squirrel watching at Peaches, where guests don’t hesitate to give her a pat on the head. “Everybody loves Dickens,” Lovett said. (Grand Rapids Press Photo)

Hey! This is where you photographed that metal monster thingy!

I simply want to say I am just beginner to blogs and absolutely enjoyed this web-site. Likely Iâ€™m planning to bookmark your blog post . You surely have superb posts. Kudos for sharing your blog site.

The very next time I read a blog, I hope that it doesn’t disappoint me just as much as this particular one. After all, I know it was my choice to read, nonetheless I actually thought you would have something helpful to talk about. All I hear is a bunch of crying about something you could fix if you weren’t too busy seeking attention.

Spot on with this write-up, I seriously believe that this amazing site needs a great deal more attention. Iâ€™ll probably be back again to read more, thanks for the information!

I’ll gear this review to 2 types of people: current Zune owners who are considering an upgrade, and people trying to decide between a Zune and an iPod. (There are other players worth considering out there, like the Sony Walkman X, but I hope this gives you enough info to make an informed decision of the Zune vs players other than the iPod line as well.)

Hi I’m interested in computer courses to study, today I spoke to someone from one of the unis I was interested in one of the courses were more about designing and the other practical and more technical fixing and support the system. I’m really interested in that. Its called computer enterprising. .. . But I want to apply to more but I get confused as every university calls the computer courses a different name. So i’m unsure if its software , or computer science , IT , IS with business. I think it could be IS with business what I’m interested in but I’m unsure. In some of the modules in the enterprise one has : information systems,computer programming ,data management , software testing , human computer interaction. developing internet applications supporting the systems kinda thing. . Which computer course would include that sort of things? Its one of the practical and technical I want I’m not interested in designing. And can anyone tell me from this which computer courses is more like the one i described is it Information technology with business or something else? And is Computer science based on designing the applications? and not the more practical.

How to transfer firefox bookmarks from one laptop to another laptop?

I work for a company that is wanting to e-mail some of our media contacts from our Press Release blog posts. The main problem I am running into is finding a service that doesn’t require opt-in. Does anybody have any suggestions?.

Is there NON-Computer Science MS courses available in USA universities for a student with computer background?

What are some really good poetry blogs or websites to post journal entries?

I’m looking for some really good business blogs to add to my google reader that are worthwhile following on an ongoing basis. Can you make and recommendations? I have Seth Godin’s already. Thanks!. . It would also be helpful if you told me why you liked these blogs..

I want to build a blog in wordpress where I can share photos, have people upload photos and everyone can rate them. Can anybody recommend a good theme or some tips? Free is preferred or like, under $100.. . Thanks!.

How can I get a support question to the blogger team?

Shot this on my way to Rosa Parks circle to take some photographs of ice skaters.