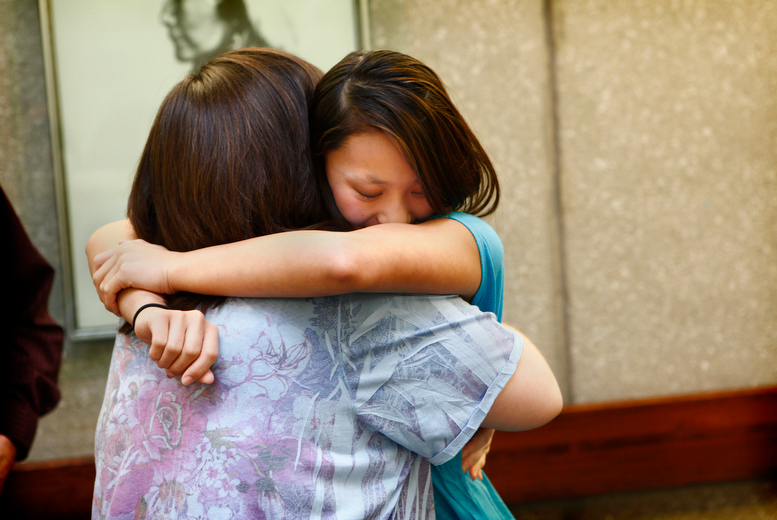 Christine LaMothe, left, gets a hug from her sister, Jade Mafia, 14, of Grand Rapids, after she was wed to Robert LaMothe Saturday in the Grand Rapids Community College library. Robert and Christine, both of Grand Rapids, met eight years ago in the GRCC library when they were both students.
(Emily Zoladz | The Grand Rapids Press)